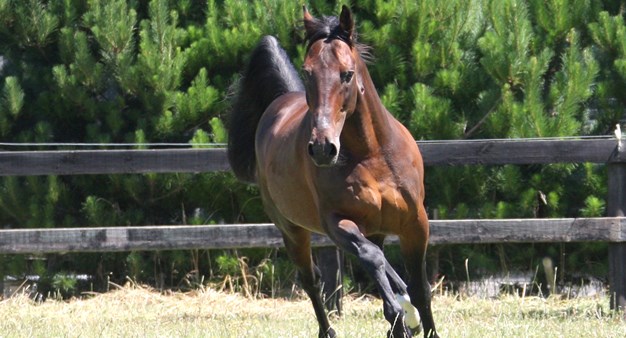 Nevele R Stud’s grand elder statesman Live Or Die has been retired from stud duties and will not be available this coming breeding season.

Despite being perennially under-rated in many quarters, the rising 25-year-old has been a tremendously successful sire for the stud over the years and has achieved far more than many of his higher priced, dual hemisphere rivals.

The former world champion 2-year-old was popular with breeders from the outset, serving 100 plus mares for 13 consecutive seasons from 1997 on, peaking at an incredible 435 mares in New Zealand alone in the 2002 season.

He was New Zealand’s leading first season sire in 2001 - with that initial foal crop featuring both the champion filly Elect To Live, the 2YO and 3YO Pacing Filly of her Year, as well as New Zealand’s Harness Horse of the Year at three years of age, and the dual NZ Cup winner and 4YO and Aged Pacer of the Year Just An Excuse.

Other stand out pacers by him over the years included the likes of the Australian bred four-time Derby and Miracle Mile winner Divisive, the tough as teak Hunter Cup winner Bondy, the multiple Australian Oaks winner Dance Of Life, the Australian 3YO Pacing Colt of the Year Scandalman and the $500,000 plus earning Grand Circuit winners Power Of Tara and Bold Cruiser.

In an era dominated by Christian Cullen, Live Or Die was NZ’s leading pacing sire in 2007 and runner-up a further three times.

He also went close to being Australia’s leading sire in the 2009/10 season, finishing a close second to Village Jasper that year.

He is just the second NZ based sire, after another Nevele R stalwart, Holmes Hanover, to sire 1000 individual winners and to date he is the sire of more than 1230 winners and has progeny earnings of over $60 million.

All up Live Or Die is the sire of 18 individual Group 1 winners, including six Grand Circuit winners, eight individual Derby champions and three millionaires.

Although retired, Live Or Die’s influence on the Australasian breeding and racing industry will continue to be felt for many years to come with his daughters having already produced close to 20 Group 1 winners to date including the triple NZ Cup winner Terror To Love, the Harness Jewels winners Major Mark, Lizzie Maguire, Elusive Chick and Gotta Go Harmony, the champion WA mare Libertybelle Midfrew and last season’s Australian 3YO Pacing Filly of the Year Rocknroll Magic. One of Australia’s best 3-year-old fillies this season, Shartin, the recent winner of the Queensland Oaks, is also out of a Live Or Die mare.

Live Or Die will spend his much deserved retirement at Nevele R Stud’s Canterbury farm.